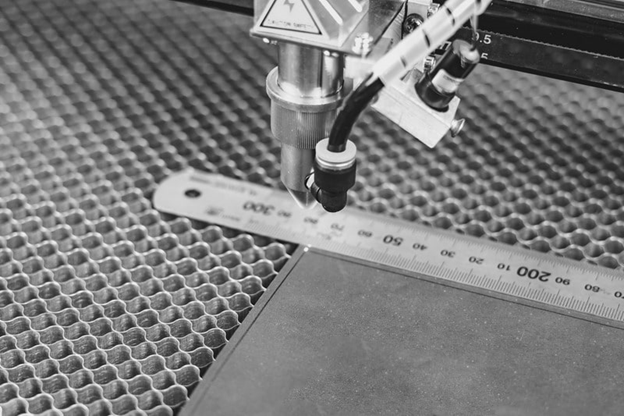 Imagine building the entire body of a sports car by fabricating individual carbon fiber panels via a manual layup process. Each panel would have its own tool that would be covered in carbon fiber prepregs before being cured in an autoclave. A team of workers could spend several days fabricating a single body.

This sort of fabrication is not at all uncommon. Manual layups are the normal way to fabricate such large parts. It may not be so normal in the future. Thanks to a company with a long history in Formula One racing, it might soon be possible to press carbon fiber body panels in less time than it takes to make a cup of coffee.

New Atlas reports that Williams Advanced Engineering (WAE), having said goodbye to F1 racing in late 2019, is now working on its own commercial products involving both lightweight batteries and new carbon fiber technologies for the automotive industry. Their idea for pressing carbon fiber parts is not new, but their results are some of the most impressive the industry has seen.

Details of the pressing process are understandably scarce. WAE has no intention of giving away the store. Yet what they described to New Atlas is quite elementary in theory.

They start by creating a tool for whatever part they want to fabricate. They then align carbon fiber fabric in whatever way makes the most sense for that part. Engineers can utilize different qualities of fabric and different fiber alignments in order to maximize strength in key areas.

Once the fabric is ready to go, they can combine it with a polymer in a heated press that shapes and cures the part in about 90 seconds. The finished part is half the weight of aluminum at about the same production cost.

Working out the Kinks

WAE’s carbon fiber process isn’t yet ready for prime time. It is reasonable to assume that they are still working out the kinks. It is also not clear how the carbon fiber fabrics are arranged before parts are pressed. Undoubtedly, arranging the fabrics adds to processing time.

Still, even if it took 30 to 60 minutes and then just 90 seconds to press a part, the time savings would be drastic. A single part could be completed in about an hour as opposed to several hours with manual layups and autoclave curing. And of course, there is the energy involved in the curing process.

Autoclave curing consumes a tremendous amount of energy to create both heat and pressure. In a pressing process, the pressure is applied by the press itself. It stands to reason that heating the press to the desired temperature should cost less per part than fabricators currently spend keeping autoclaves running.

WAE has not divulged the totality of its future plans, but few would be surprised if they end up playing a key role in driving electric cars forward. The battery projects they are working on are clearly targeting automotive batteries for full electric vehicles (EVs). Furthermore, car companies in pursuit of the first marketable EV are looking for any way to reduce the amount of aluminum they use without jacking up the price on the car lot.

Pressing parts seems to be a logical direction to pursue. If you can cut weight in half without adding to the cost, you have just what car companies are after. You have a way to produce a lighter EV that the average car buyer can afford.