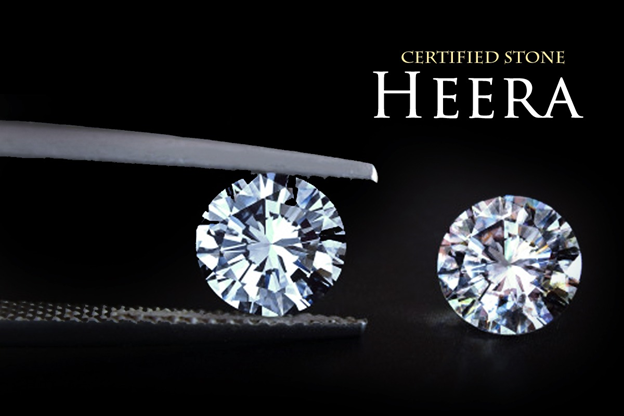 Heera is not a name that would need absolutely any introduction or getting used to when it comes to anyone with even a passing knowledge about Indian dialects. Those who live in India cannot help but know what is being talked about, and yes, it is indeed the magnificent gemstone that we all love and adore.

Those who are still wondering about what exactly the deal about this curious thing is called ‘Heera’, would heave a sigh of relief to know that it is something they are extremely well aware of as well; it is none other than Diamond. A heera gemstone is perfect for any and every occasion, and there is not a way for one to go amiss. The fame of the gemstone trickles from its many characteristics, including it being one of the hardest elements known to humankind. Forged in the depths of the earth throughout centuries of compression, a heera’s worth is impossible to ignore. Heera is known to be the gemstone of Venus, the God of Love. Quite naturally, the gemstone is known to significantly affect and flourish romantic pursuits and endeavours and is considered to be instrumental in the sustenance of a relationship. Heera is also recommended by astrologers to those seeking to earn a name in an occupation involving entertainment or performing arts, as the astrological variants of the gemstone are fabled to bring fame and success to their wearers.

A diamond despite its worldwide fame and acclaim, is more than merely a status symbol. Found naturally in the countries of Western Africa, Middle East, some countries in Europe and parts of South Asia, it is formed due to eons of pressurized compression of natural elements under the earth’s surface. Natural diamonds are thus usually found by extensive mining processes. Diamonds in their raw state are not especially pleasing to look at, and then have to go through a detailed process of finishing, after which they are categorised and marketed on the basis of the four ‘C’-s: ‘Cut’, ‘Clarity’, ‘Colour’ and ‘Carat’. The four elements of colour, clarity, cut and carat determine the price of a heera. Pure heera gemstones are absolutely colourless and transparent and emanate a characteristic shine. The clarity of a heera is a major factor that determines its price; customers are often picky about a heera not being transparent enough- as they should be- and consequently, clearer gemstones demand understandably higher prices. The cut of a heera is also important; the gemstone is worn mainly on rings, earrings and pendants, and determining a suitable cut depending on how you would want to wear your heera is extremely important.

Buying an authentic heera is an absolute necessity, as buying a fake is as good as buying nothing, and you’d only be throwing money down the drain. In order to ensure that you are purchasing a genuine heera, make sure that you choose Khanna Gems/Gem Selections. With a glittering reputation that exceeds thirty years, heera is most at home at Khanna Gems, and so shall you be.